Home > Technology > 6 Things the iPhone is Better than Android
Marketing

6 Things the iPhone is Better than Android 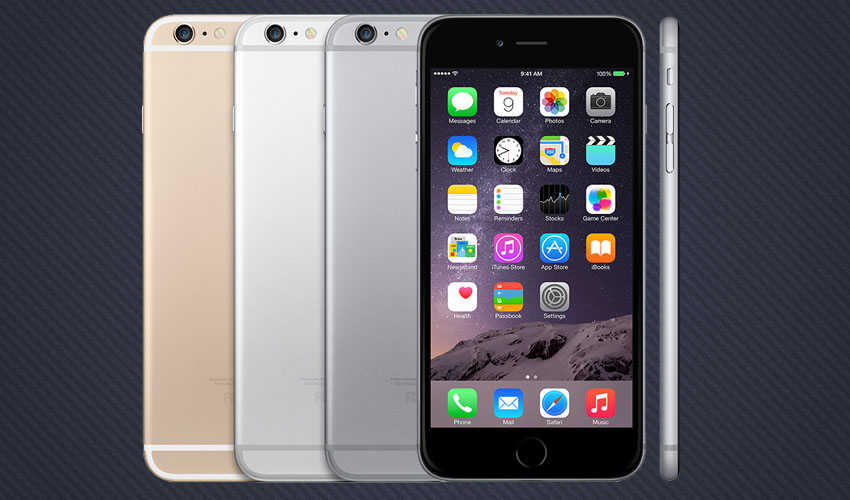 Most people love Android because it is rapidly becoming one of the most famous smartphones of the tech industry. Android smartphone is the real competitor of iPhone, and recent research results show that Android is growing faster as compared to iPhone smartphone. Android improves their operating system and also provided their users more facilities and apps, but iPhone operating system is much better than Android. Most people say that Android smartphone OS is better than iPhone, but with the help of this post ‘iPhone is Better than Android’, you unfurl your confusion about Operating System of both devices.

So, now I’ve decided to descry the 6 things the iPhone is better than Android. Android is a device that is available in different features and colors. Also, it offers at various price segments. The process of making the devices features-rich Android loses its hold on quality and ease. Apple plays it straightforward with a single device in every sort and develops it in every characteristic steadily.

Now, Android has been a significant development in the new version was launched in 2016 and so was Apple Product. But iPhone becomes one of the hottest selling smartphones and correspondingly the new iPad turn out to be one of the hottest tablets ever sold. The new version of the Android is a good step towards android Association and significant development.

Why iPhone is better than the Android: Reasons

I know many of iPhone lovers will happy and also agree with me, but an Android fan won’t agree with me. That’s way our discussion forum is open for debate and let’s finds out which device is better. There are some reasons why iPhone iOS outsmart Android OS.

I know after that you have probably heard about app store of both devices, but it is a major factor that I’m described as my nutshell answer. Apple started off the entire app store invention for a smartphone, so they got the main head start over the rest. As a comparison, Apple app store is a lot bigger and has a lot of apps than Android app store, but apple mostly app are paid, and Android apps are totally free.

Apple app store has 1.2 million apps, and the android app store is full of 1.3 million apps, but remember that, Android app records are made up of different manifold markets, and there is no one where you find all apps. This is the primary reason iPhone beat the Android in the field of apps. You will find similar apps in both devices app store, and Apple apps tend to be more stable than Android due to apple’s strict app approval procedure.

The current launches of Android have become a lot more reliable and stable Operating System. But it does not totally match with iOS 8 version. The iPhone OS is more stable and dependable. It is very rarely when it crashes or freezes up, and it is very simple and straightforward. I find Android device quicker and have the propensity to freeze up a lot more than the iPhone OS. But new version Android 6.0.1 Marshmallow of Android is improved their quality more than the prior version. It still has little bit freeze up the problem. It also seems to be plagued with error messages of failed processes which arbitrarily burst up at the most, not convenient times.

When we come to media side comparison, we see iPhone Os wins. iPhone doesn’t have only the brilliant music application, video management; it also has the easy podcast. It happens due to the iTunes store. The eco-system of iPhone with iTunes is excellent, and some people find it more restrictive and want a free eco-system. But it is a very easy and the best sound system with the widest variety of music, TV shows, films, and podcasts all readily accessible for download to your device.

Eco-system is the one thing that I find long for in Android. We play a decent video and music with a proper method of syncing with my computer. In future, maybe it will come with Google music, but now we’ll just have to be long-suffering.

In the market, so many android phones out there and no way to measure the sustainability of all Android phones. Some Android phones are made with long-lasting materials, and others are not. Samsung is the only company that got lots of heart for making their devices out of polycarbonate. Rather than aluminum such as iPhone and some other phones.

Samsung made the Galaxy S6/S6 Edge and Galaxy S7/S7 Edge out of durable aluminum with glass fronts and backs. iPhone 6plus being such a large device of aluminum, it is no speculated it crooks and stays bent. Plastic doesn’t do that. If you can bend it out of shape, you see it will retain its innovative shape rather than remaining bent. It is the advantage of iPhone device and beat the other Android device.

Many things about Apple those people hooked on anything with its shiny logo. When people buy iPhone. They think or feel like they are part of a restricted club, where they face different limitless situations. This may have been true when the iPhone first came out, and rare people have iPhone. But now every second person seems to have one device. However, apple’s loyal fan base will always buy any of their new products doesn’t matter how exclusive they are.

Other than that, Android doesn’t have such a large fan base. The ones who are in it are really more bores than the iPhone fans.

iPhone is very easy if you gave it to a two-year-old kid and said figure out how to unlock it and send a text message, they secure to perform this. Because iPhone OS is so easy to use and follow the map, anyone can use it without having to study.

In simple words, you can say that iPhone is easier to pick up and use with no issues than Android phones. Google provides more ease of use in the new version of Android. But not all Android phone companies run these updates yet.

For a developer, iPhone is also easier to use in work. And it is a one testing platform for them that provides impressive facilities. But Android offers you multiple devices, and some have touch screens. Some have the button, etc. There are many Android OS’s that keep being on the loose that developers are under pressure to keep up with them. Furthermore, iPhone has been releasing iOS update regularly, which always add some new features or changing.

So, now you understand that 6 reasons that make iPhone more valuable than Android.

How to Create a WordPress eCommerce Store with Shopify

Shopify Vs WordPress: Which is Best for Ecommerce

How to find Interest for Successful Blogging

Some Easy Ways to Make Money on the Internet

12 Things you do Before Applying for Google AdSense