Home > Technology > iPhone Vs. Android: Which Phone is Best for your Business
Blogging

iPhone Vs. Android: Which Phone is Best for your Business 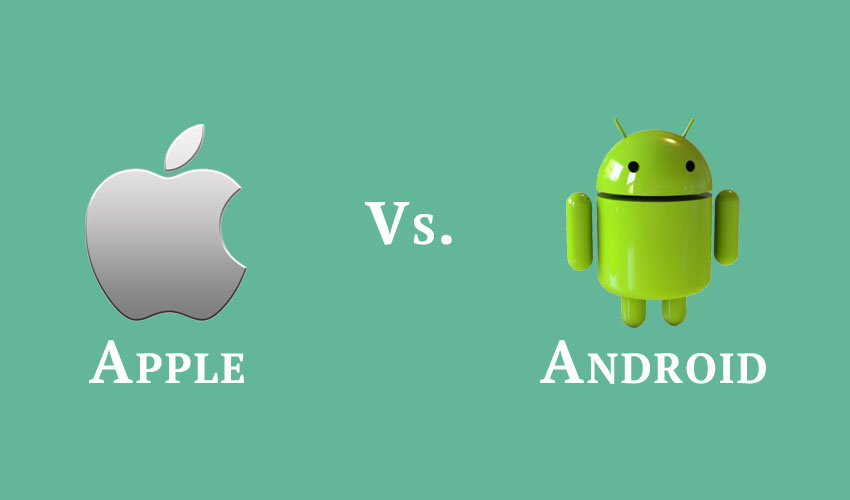 Most people not have clear information among iPhone Vs. Android: which phone is best for their business. This post suggest you the right phone for your work

The advanced technologies especially smartphone and tablets that have been explored in the last decade have changed the living style of people on this planet. Not just life is embraced with this technology businesses are also under its arms. Businesses have access to more advancement, information and better ways of communication system than ever before.

The major players’ mobile in the marketplace has been iPhone and Android that are the invention of Samsung and Apple companies. If we talk about the business relation with smartphone we see a lot of businesses are looking for the advanced mobile devices to get more done.

One of the significant challenges for the businesspeople is the selection of right smartphone. Which smartphone is better and why it is better? While it does matter to whom you’re and how you will use your smartphone device. There are some clear winners in different categories, let’s walk and review both the Apple iPhone vs. Android phone: which is best for your business, as they apply to your business world.

Most people say iPhone or iOS operating system is considered the easier of use between two mobile companies Apple and Android. The interface of both is clean and crisp, a user quickly finds the apps’ location. The setting features of both operating systems are easy to access and understand.

Apple and Android have changed very short. Both are similar in size, design, shape and placing a premium on simplicity. Build quality trends have no issues with the Apple and little bit issues from Samsung.

What your smartphone has under the hood determine its functionality and design. The hub software impacts how you’ll use the design as well as how it will look and taste. With iPhone, anyone with trademark loyalty knows that all iPhones seem pretty similar.

The developments of scuffing and denting have issues or bad reputation. If you are operating a business at that place where you see the appearances matter, you probably don’t want your clients to see your workers walking around with compressed up hardware.

It is up to how you like to use the apps on your smartphone and what matters you use most. Apple offers folders where you can save the apps that you don’t use frequently, and another side Android allows you to display more important or frequently used apps on the home page and hide the others in the app drawer.

The most famous apps like Twitter, Facebook, and LinkedIn, etc. are available for both iOS or Apple and Android systems. The Android app ecosystem is very easy and friendly to new and smaller developer. If you just need very basic apps, the iPhone will do well because it has full control over which apps are sold in the App Store.

Besides that, Android has waste control of App Stores where you can download free apps. Google is the founder of Android that doesn’t check apps for quality first, which pretenses both usability and security risks, but if you use Android Market, Google Play Store and Amazon App Store for app download these risks are negligible.

iPhone worries about safety and quality, so you don’t have to; Android Apps are usually safe as long as you are elegant about it.

One more disadvantage of iOS or iPhone is that it doesn’t allow a developer to build own apps for it without developer’s license. If your process doesn’t need to send employees out into the playing field with anything modified to their exact needs, then there’s nonentity to worry about.

After that, apps companies require written their specific needs are likely to find the tolerant ecosystem in the Android world more attractive.

In the class of display quality of iPhone, Apple has made little progress after a long time. The iOS or Apple company has been a preferable choice among graphic design businesses due to the display quality. Since 2010, Apple has not made vital improvements in the iPhone display, so it does not have the most attractive display for your employees. If your workers require fastest and sharpest screen, the Samsung smartphone or android is best.

Samsung is an undisputed king of a price of the smartphone between apple and android. In running year, Samsung has been improving the size and quality of display of its smartphone and increase their price too. Samsung smartphone is cheaper but more as compared to iPhone. In the long run, Android Samsung model may prove much more competitive because its battery is replaceable.

The camera is divided into two parts: 1. image quality, 2. Image options. iPhone is recently offering panoramic and slow motion options, at the same time, these options have been available to Android for a few years. Other than, Android provides a lot of fun things in the camera app that helps the user to edit or customize the images.

Other than that, Apple’s camera is high in quality and produces clear images and camera app easy to use for the design of image and also upper hand for image quality.

The most famous smartphone companies suggest that the recent model of iPhone, 6S has real power functionality as compared to others Android devices, Samsung Galaxy 7. It is improbable that your company will need a ton of dispensation authority in a phone, so the difference is likely not enough to be a deal-breaker.

The comparison of iPhone and Android smartphone are likely to dish up your business well. Both phones are advancing every day and more helpful in our businesses and decisions making. We see a lot from both companies as the phone becomes the center of our lives. After reading this post, you will be able to find the right smartphone that is beneficial for your business. You can also share your reviews or expertise about the iPhone vs. Android in the comment box. You can share this post with your friends or colleagues if you like it, so must share your review points of this post.

Advantages and Disadvantages of Shopify

How to Build an Online Store with Shopify